Who is Ben Snijders? 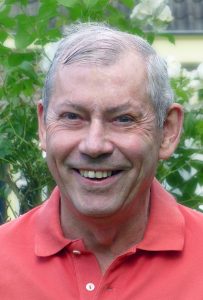 Ben Snijders was born in 1948 in Asten (Netherlands) as the youngest of nine siblings in a Roman-Catholic family.

Already in his early childhood, he came to the conviction that a Creator had to exist.

As a 30-year old believer, not affiliated to a particular church, he followed Bible studies and thus came in contact with the Statenvertaling (SV, a Dutch Bible translation comparable to the King James Version).

Over the years, he became convinced that the Bible (SV) is the Word of God and completely true.

After his education in mathematics and the natural sciences, he started his own business.

At the age of 48, he stopped his active jobs and fully committed himself to independent Bible study.

The most important studies concern the following topics:

The measure of the cubit and the size of the heaven of heavens (Jeremiah 31:37).

The Flood of Noah (a.o. the beginning, duration and height at which the ark came to rest).

The chronology of the creation to the destruction of Jerusalem by Nebuchadnezzar.

Timelines: especially the duration of the salvation history by means of the sun and the moon (Genesis 1: 14).

The genealogy of the Lord Jesus including the “hidden” reign of king Shallum (Jeremiah 22:11).

These apparently different topics also have a lot in common and overlap each other.

Not all the studies are available in written form.

Who is Ben Snijders?